Plastic surgery seems taboo until today, though it appears to be quite a norm in the entertainment world. This procedure still raises some eyebrows, questioning the celebrities’ move to have their looks altered, but who cares? It’s their body and money, anyway, so who are we to intervene?
There’s a high standard that comes with being a celebrity, especially in the looks department. Fans expect them to maintain their youthful glow and sexy physique as if they’re immortals who are not aging at all. With the degree of pressure that they’re feeling, who’s to blame?
Celebrities seem to have no choice but to follow what is expected of them, so they opt to go under the knife to improve their appearances. A minor fixing here and there will probably not hurt, though some are overdoing it that it dramatically changes their looks.
Beauty doesn’t come cheap, as they say, and here are the celebrities who are willing to spend a fortune to enhance their looks and appear more beautiful. 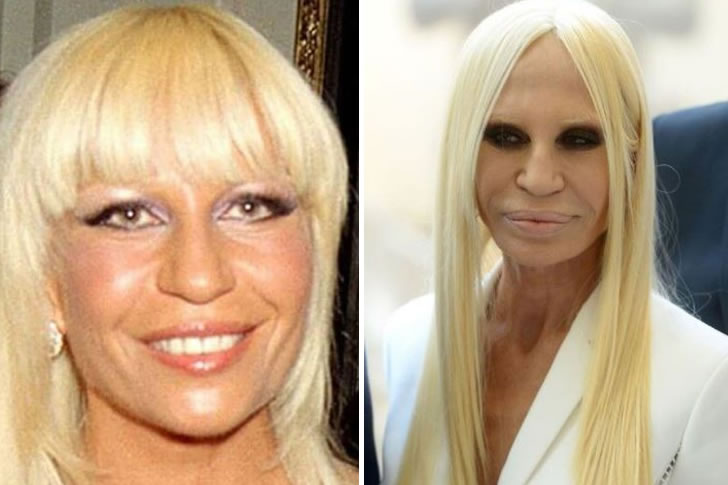 Just by hearing Donatella Versace’s last name, anyone would guess that she worth millions. The famous luxury brand Versace was established by her brother, Gianni Versace, which she inherited after his passing. Apart from her wealth and established name in the fashion industry, Donatella is also known for her love for extreme beautification.

Donatella Versace is pretty notorious when it comes to cosmetic surgeries. No one can deny that she went under the knife in the name of beauty, as it seems pretty obvious based on her old photos. Donatella has not confirmed any of it and remains tight-lipped about the procedures. Experts have said that she had several Botox, fillers, and facial reconstructions done on her face. Reportedly, she spent about $25,000 on her augmentations, but we bet that she has spent more than that given the upkeep and after-care procedures.